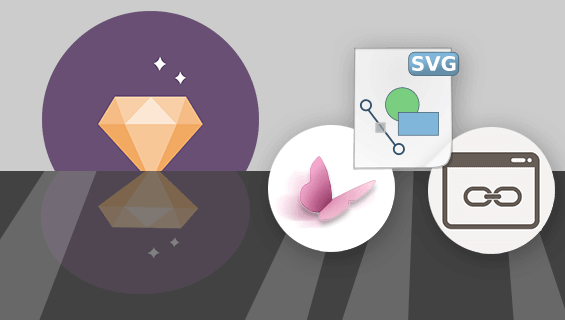 Version 2.6 of in5 makes several improvements and gives you more ability to control the output.

These improvements come without any visible changes to the user interface, hence we’re calling this the “hidden gem” release.

When you use the Scalable Vector Graphics (SVG) option to export text from InDesign using in5, it preserves the (nearly) exact appearance from InDesign and does so at any resolution.

SVG is great for retina screens and liquid layouts.

In previous versions, the SVG was embedded in the HTML document itself. With long documents, all that vector data could take a while to load.

Now in v2.6, all SVG is external to the HTML document, letting you have crisp, scalable text and fast loading pages.

A customer named Rupert sent us a brilliant file with a string of about 100 animations in one sequence. It is by far the most complicated animated sequence we’d seen—hard to believe it was produced with InDesign and not Flash—and the previous version of in5 just couldn’t handle it.

So we rewrote the animation sequencing engine to handle bigger animations, as well as multiple complex sequences playing at the same time, and Rupert’s animation now works beautifully.

We also had a customer with another great design who sent us a file where their animation was triggered by an On State Load event. in5 has supported On State Load for a while, but it wasn’t working in certain cases, and that has been remedied in v2.6.

You can now control exactly where your links are opened (new window, same window, lightbox, device’s browser, inside the app, etc).

I written up the full details in How to Add Advanced Hyperlinking with in5.

in5 v2.6 also gives you full control over the Baker settings when creating your digital book, including:

You can set any of these variables by placing them in a file name baker.json in the same directory as your InDesign file. The variables are set just like they would be in the book.json file, e.g.:

Normally, in5 sets the orientation based on the InDesign document and sets zoomable to true (based on user feedback). These settings let you override the defaults.

Any settings in the baker.json file will overwrite those in the in5 dialog. The file can be copied and reused with other documents.

Get the latest version of in5 >>