Hi, my name is Justin Putney and I'm the owner of Ajar Productions.

We're always on the lookout to help graphic designers who want to produce visual content without coding.

We create software products for digital designers who are looking for a better workflow.

We try to provide designers with the knowledge and tools to bring more sanity into their work day, while getting more done.

Ajar products have helped companies of all sizes, from one-person shops to multi-national corporations like Disney, Cisco, and Adobe.

"Give me one good reason to not use in5 to create beautiful websites and landing pages any more!!!!

"You guys really, and I do mean really, have created such an amazing plugin."

Reach out to us

In case you'd like to know more about how Ajar Productions started... 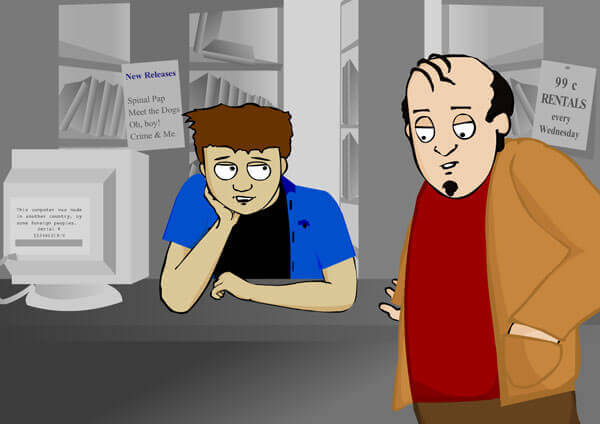 By this point in time—with a little help from some software—it was possible for one person to create animations.

Justin began learning digital animation at night while working as a graphic designer during the day.

Justin had fun creating a handful of animations, like “Video Guy.” But it was exhausting (simple as they were)! 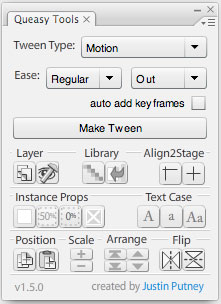 At some point, it sunk in that animation was quite labor intensive, even with the help of a computer. In the process of creating online animations, Justin learned how to add little bits of interactivity.

The process of creating custom tools started with trying to save some time (and sanity). After watching a tutorial on how to create an extension, Justin began writing extensions like a crazy person (releasing 30 Flash Extensions—most of them free—in a span of about 2 years). 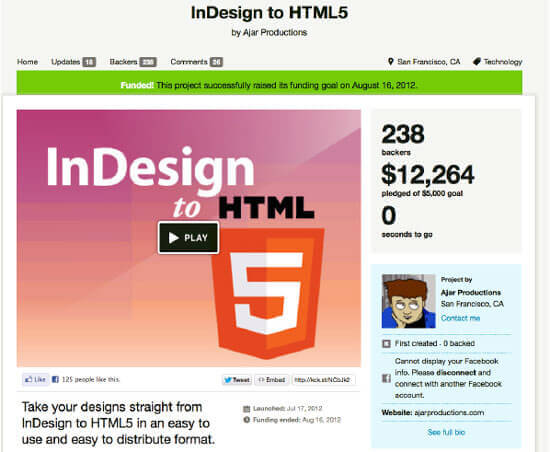 As the ideas got more ambitious, it made sense to start selling some of the products. Just as work was getting really comfortable—the iPad came along and nearly killed Adobe Flash. A vacuum was then created: everybody wanted to design for the iPad, but no tools had been created.

Justin looked around for ways that he could help designers to create interactive content for the iPad and we came up with a solution: InDesign to HTML5 (which became in5).

After waiting around for a month or two thinking someone else would create the solution, Justin tested the idea on Kickstarter and it turned out that a number of people were interested.

Kickstarter helped prove there was a market for the idea.

Ajar Productions turned its focus from animation to software and hasn’t looked back.

Justin has continually improved in5 since its launch on Kickstarter and now has several talented people helping him with the daily operations of Ajar Productions.

You’ve made it all the way through this story to the bottom of this page, so something must have caught your attention.

Consider staying in touch by signing up—right this second—for the newsletter and we’ll send you a premium InDesign extension.

Get the newsletter & InDesign Extension