Today we’re announcing a few new features for in5, our InDesign to HTML5 exporter!

Here are the additions in depth.

I mentioned the iPad Web App (and Chris Converse’s excellent Create an iPad Web App course on Lynda.com) and that we wanted to support this as feature shortly after we started raising money through Kickstarter.

in5 now includes a simple drop-down that allows you to export an iPad Web App. 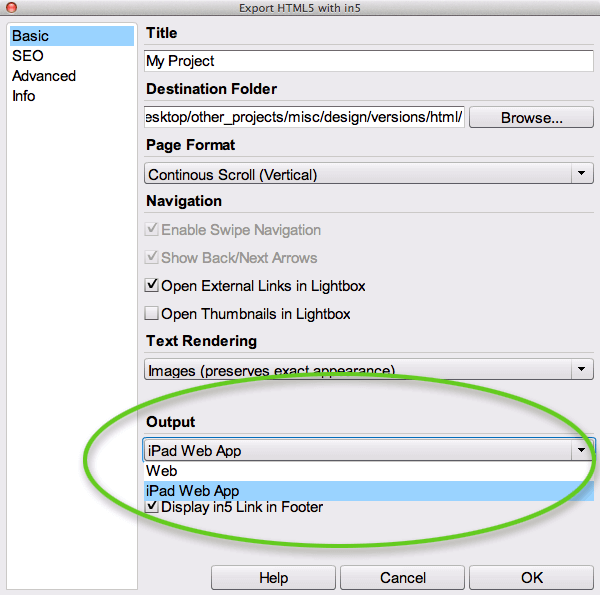 Once the content is exported and uploaded to a web server, the page automatically detects whether a user is on an iPad, and whether the user is running from the web or as a web app. 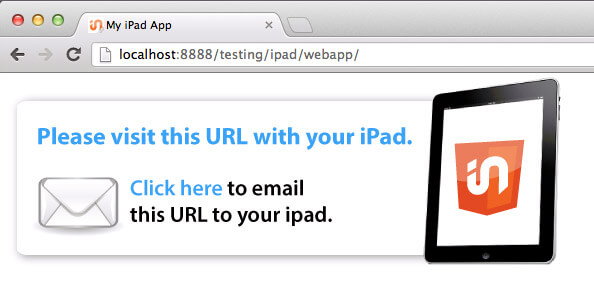 If the user is running your site on the web (on the iPad), they’re prompted with instructions (2-clicks) to install the app to their home screen.

Once on the home screen, your site functions very much like a standard iPad app.

A custom icon can be attached in the Advanced section. For webpages, this icon field can also be used to attach a favicon.

When the app is launched from the Home screen, there’s no browser bar!

The best thing about Web Apps is that there’s no App Store approval required, and no annual developer license fee!

in5 now supports scrolling text generated from the Scrolling Frame option in the Folio Overlay panel of InDesign. This was a highly requested feature on the In5 Answer Exchange.  We’ve also provided an Advanced option that will automatically add scrolling to textframes that exceed their defined height (the default HTML behavior is to expand the frame to accommodate the text). 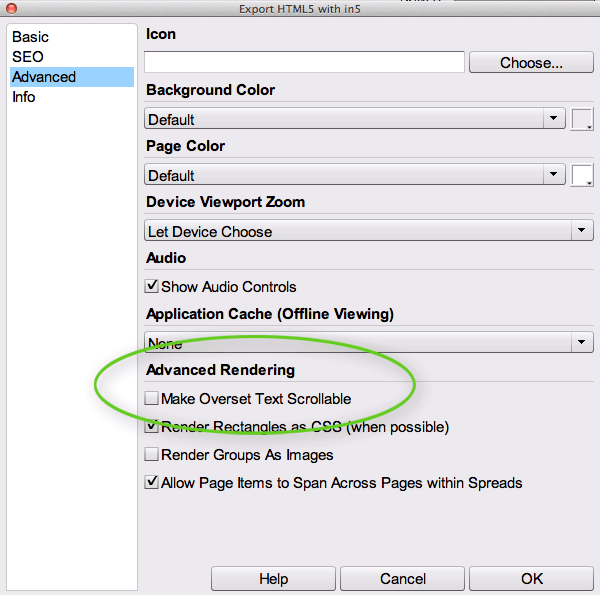