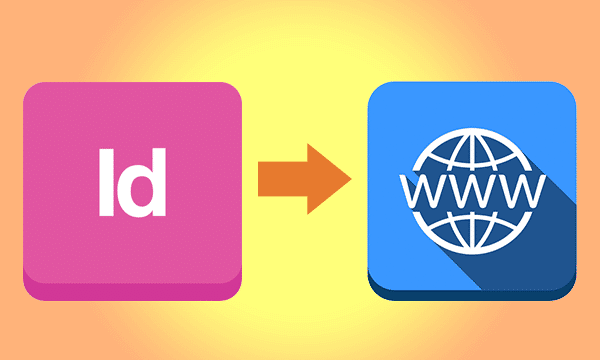 Sophisticated Animation & Interactivity into InDesign & Out to HTML5 (in5 v3.1 New Feature)

For a long time, in5 users have been wanting to include content from Adobe Animate or Tumult Hype in their projects.

And there has been a way to do it with HTML files and the Web Overlay panel (used by DPS/AEM Mobile, but supported by in5)…

But InDesign has supported a more natural approach for most designers: placing OAM files (packages of HTML from animation apps) directly on the page.

I’m pleased to announce that version 3.1 of in5 also supports placed OAMs.

Check out the video below to see an example of an OAM with complex animation and interactivity exported with an InDesign document.

It’s just one of the ways that in5 v3.1 puts more publishing power in your hands without having to code.

You can subscribe to get updates on in5 releases.
Comments (1)

While in5 is super easy to customize, sometimes it helps some prebuilt tools that your viewer can use to navigate your publication.

In the video below, you can see the new Viewer Display options that is now available with in5 (InDesign to HTML5).

As you can see in the video, all you have to do is check a few boxes to add the following items to your HTML5 output from InDesign:

These updates are available to Pro subscribers as of version 3.1.

See this feature in-depth within the Creating Your First Interactive Document course.
Comments (8)

in5 (InDesign to HTML5) is incredibly flexible. It’s easy to attach custom functionality to your output.

I’ve shared several customizations on this blog and on the Answer Exchange.

The most popular customization by far is the “desktop scaling” code that scales layouts proportionally to the browser window.

In fact, when most people ask me about a “responsive” layout, they actually want to maintain their layout and simply scale it proportionally (a truly responsive layout changes at different sizes—I’m working on that, too).

To make it even easier for you to create flexible layouts (on both desktop and mobile), I’ve folded this scaling feature into in5 and refined it further.

Check out the video below to see it in action.

(It even works with the new page flip transition!)

Update: You can now also create fully responsive layouts with in5.

Download a copy of in5 to try out Desktop Scaling.
Comments (2)

Are you moving from print to digital?

Starting with version 3.1 of in5 (InDesign to HTML5) comes with a script that lets you merge multi-page spreads into single pages.

Before running the script

Here’s a screenshot of a document with spreads before the script has been run. 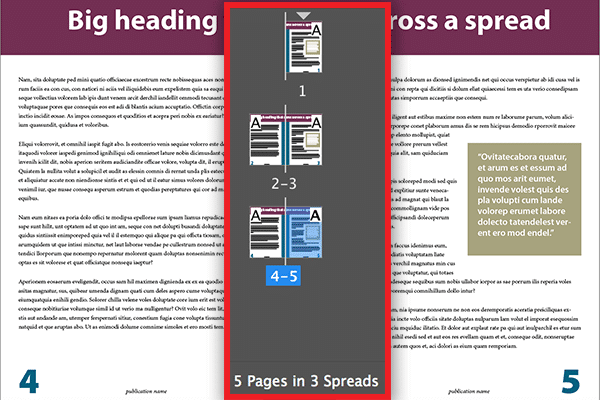 To merge each spread into a page, you’ll simply run the Merge Spreads script that will be installed with in5 v3.1.

After running the script

The script will produce a new document (so your original is left unchanged). 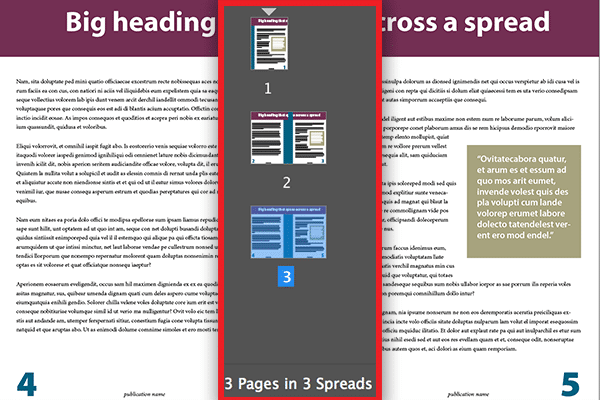 You can now finish prepping the modified document for a digital format (web, mobile app, etc).

This is just one of the ways that in5 will help you transition from print to digital documents.