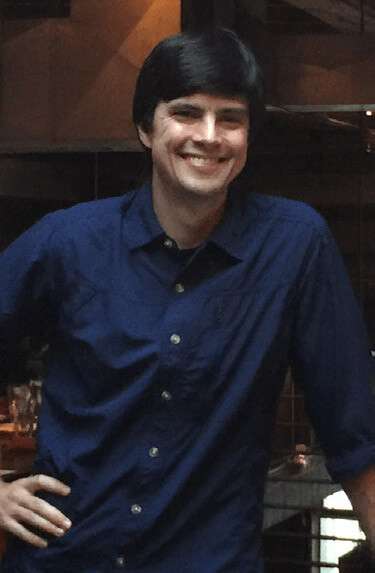 Hi, this is Ajar Productions, run by Justin Putney.

I create products for digital designers who are looking for a better workflow.

I provide them with the knowledge and tools to bring more sanity into their work day, while getting more done.

My products have helped companies of all sizes, from one-person shops to multi-national corporations like Disney, Cisco, and Adobe.

Sign up for my newsletter and get premium InDesign extension for free.

A little more about Justin

Justin is a former Lynda.com and Adobe Press author, and a regular speaker at design conferences like Adobe MAX, PePcon, The InDesign Conference, and Creative Pro Week.

“When I’m not writing software or corresponding with customers, I like to spend time outdoors in my adopted home of Northern California, exploring the vast trails of Marin County.”

By this point in time—with a little help from some software— it was possible for 1 person to create animations.

Justin began learning digital animation at night while working as a graphic designer during the day. Justin had fun creating a handful of animations, like “Video Guy.” But it was exhausting (simple as they were)!

At some point it sunk in that animation was quite labor intensive, even with the help of a computer. In the process of creating online animations, Justin learned how to add little bits of interactivity. We even created interactive games.

The process of creating custom tools started with trying to save some time (and sanity). After watching a tutorial on how to create an extension, Justin began writing extensions like a crazy person (see all the Flash extensions for yourself).

Since Justin had learned so much from others who had generously shared their knowledge online, it was only natural to share his extensions with the same communities.

As the ideas got more ambitious, it made sense to start selling some of the products. Things were just getting comfortable when the iPad came along and nearly killed Adobe Flash. A vacuum was then created: everybody wanted to design for the iPad, but no tools had been created.

Justin looked around for ways that we could help designers to create interactive content for the iPad and we came up with a solution: InDesign to HTML5. After waiting around for a month or two thinking someone else would create the solution, Justin tested the idea on Kickstarter and it turned out that a number of people were interested. Kickstarter helped prove there was a market for the idea.

Ajar Productions turned its focus from animation to software and hasn’t looked back.

Along the way, Justin teaches and shares what he’s learned (hence the Lynda courses and the blog articles). That brings things up to the present day.

You’ve made it all the way through this story to the bottom of this page, so something must have caught your attention.

Consider staying in touch by signing up—right this second—for the newsletter and I’ll send you a premium InDesign extension.